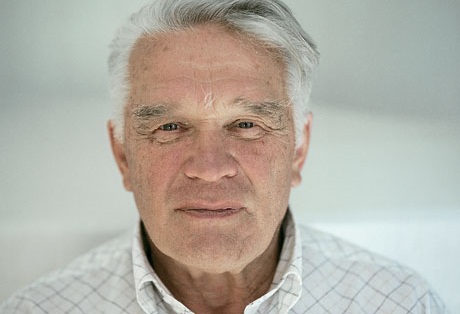 Ludvig Faddeev (born March 23, 1934, in Leningrad, USSR) is a Soviet and Russian theoretical physicist and mathematician, scientific expert, a member of the USSR Academy of Sciences (1976), later the Russian Academy of Sciences (RAS). Honorary Citizen of St. Petersburg (2010). President of the International Mathematical Union in 1987–1990.

The son of mathematicians, Corresponding member of the USSR Academy of Sciences Dmitry Faddeev (1907-1989) and Vera Faddeeva (nee Zamyatina, 1906–1983).

He finished the 155th boys school located in Smolninskiy district of Leningrad. Now it’s known as 155th gymnasium in the Central District of St. Petersburg. Faddeev attended the Faculty of Physics at Leningrad University, receiving his undergraduate degree in 1956. His doctoral work on scattering theory was completed in 1959 under the direction of Olga Ladyzhenskaya and Vladimir Fock. Candidate of Physical and Mathematical Sciences (1959); his thesis was “The properties of the S-matrix for scattering on local potential.” Doctor of Physical and Mathematical Sciences (1963), defended his thesis on the research results in the field of quantum scattering theory for the three-particle system. His doctoral thesis made the basis of a new scientific field in quantum physics. He founded the world-famous mathematical physics research school.

Professor of the Leningrad (St. Petersburg) State University (1967). A fellow member (academician) of the USSR Academy of Sciences (1976).

Ludvig Faddeev said his teachers were Vladimir Fock and Olga Ladyzhenskaya (from the speech at the awarding of the Russian Federation State Prize in 2004).

He has made a fundamental contribution to the solution of the three-body problem in quantum mechanics (Faddeev equations); the inverse scattering problem for the Schrödinger equation in three-dimensional case;, in the quantization of non-Abelian gauge fields by the path-integral (Faddeev-Popov ghosts, together with Victor Popov); the creation of the quantum theory of solitons and quantum inverse scattering method in the development of the theory of quantum groups. He has published five books and over 200 scientific papers. At the 23th International Conference on the quantum theory of several particles on August 11, 2016, it was decided to establish the International Ludvig Faddeev medal.

Elected official of the Leningrad City Council (1977–1987).
He ran for deputies of the USSR in 1989.
Like many math academics never was in the Communist Party.

Order of Honour (2010)
Honorary citizen of St. Petersburg (2010)
Lomonosov Gold Medal (2014)
Order of Friendship (2014)
Ludvig Faddeev medal (August 2016) — on the 23rd European Conference on Few-Body Problems in Physics in Denmark it was decided to establish the International Ludvig Faddeev medal. This decision was dated to the 55th anniversary of the publication of the article «Scattering theory for a three-particle system» (Soviet Physics JETP 12, 1960, 1014-1019.)

Honorary Doctor of the Nankai University, 1987

Honorary member of the Finnish Academy of Science and Letters, 1988

Foreign member of the Royal Swedish Academy of Sciences, 1989

Foreign member of the National Academy of Sciences, USA, 1990